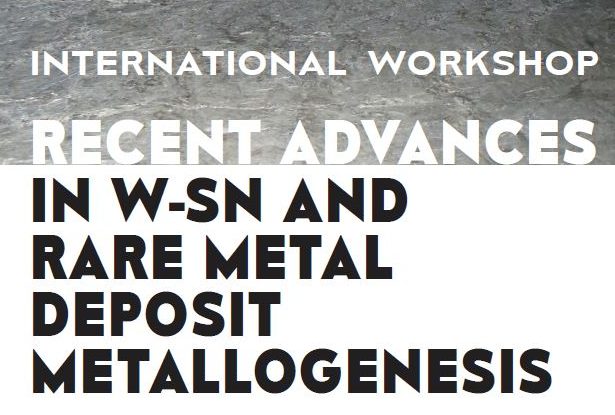 Originally published on allaboutgranite.wordpress.com (previous blog) on the 10th December 2016.

A fortnight ago I had a great week because I went to a Sn-W workshop at the University of Lorraine in Nancy, France. Usually when I head to conferences the programme can be pretty varied, with presentations on all types of rocks and mineral deposits (just not that into banded iron formations – sorry!). This one was a little different, focussed solely on tin-tungsten deposits and their associated granites and minerals. It was also great to get back to Nancy, having visited in April for a project meeting. I arrived the evening before the workshop with a colleague and before we headed to dinner we went to the central square in Nancy. The Place Stanislas was looking especially beautiful in the crisp winter air, with all the lights and Christmas decorations on the lampposts. Statues were even encased in giant baubles ready for Christmas!

On the first workshop day there were several presentations, with keynote talks by Robert Linnen (University of Western Ontario), Philippe Muchez (KU Leuven) and Johann Raith (Montanuniversität Leoben). Talks were pretty varied, covering everything from new radiometric dates for French tin-tungsten deposits to niobium-rich micas to experimental petrology (alchemy!). My colleague Charlie Moon presented new data on lamprophyres in SW England. The afternoon session was dominated by research on the Panasqueira deposit in Portugal, which is one of the biggest tungsten deposits in the world. This deposit is a greisen deposit, with granite-derived sheeted veins comprising mainly quartz and wolframite hosted by metasedimentary rocks. The talks provided insight into the structural evolution, mineralising fluids and tourmaline composition of the deposit. The evening entertainment was a wine & cheese party, complete with labels about the geology on which the vines were grown.

I didn’t present until the second day, in a session beginning with a key note talk by Rolf Romer (German Research Centre for Geosciences) on the “Controls on the distribution of Phanerozoic  magmatic tin, tungsten, and tantalum mineralisation” (paper here – £). I followed Philippe Boulvais (Rennes University) and his talk on the Lizio granite (France), speaking about my research on distribution on tin, tungsten and associated rare metals (e.g. lithium, niobium, indium) in the granites of SW England. This work was largely part of my PhD, which finished about 18 months ago, but it was the first time I’ve really had to the opportunity to present my ideas to a room entirely filled with granite researchers. I was followed by my colleague, Robin Shail, talking about tectonic and structural controls on early granites in SW England. I had some fantastic feedback from other researchers in the break and offers of collaborative research which was fab. Fingers crossed these new projects come off!

On the final afternoon, the meeting took a different turn and it was given over to discussion, followed by a PhD defence. Matthieu Harlaux, who I met a couple of years ago on a field meeting, was given 45 minutes to present his PhD thesis to an audience and 8 “jury members” who then spent almost 2 hours questioning him about various aspects of his thesis. As I understand, you can’t really get to this point without being a position to receive a PhD which very different to our closed room approach in the UK where you can still fail! Happily, a good result for Matthieu.

Overall, I had a fab week. It was a great opportunity to meet prominent European granite researchers and keep up to date the current research going on across the channel.I met some great new people and got a chance to look at the lab facilities at the uni. I’m looking forward to future collaborations and research going forward!