Site provided for information only. Castle-an-Dinas is an active quarry and not accessible to the general public and no attempt should be made to do so. The hill fort is on public land but difficult to access.

Castle-an-Dinas quarry has been worked from granite building stone and aggregates since the late 19th Century. It is currently owned by Cornwall County Council and managed by CORMAC. There is an ancient hill fort on the outskirts of the quarry. Note: There is another Castle-an-Dinas to the north of the St Austell Granite.

Other minerals within the granite include quartz, plagioclase feldspar (albite), tourmaline (schorl) and alkali feldspar. Biotite micas are either siderophyllite or lithiu, siderophyllite in composition. There are rare alkali feldspar phenocrysts, typically over 25 mm. Accessory minerals in the granite include rutile, zircon and apatite; these are typically best observed using a microscope. A number of barren quartz-tourmaline veins crosscut the granite, as is common throughout the Cornubian granites.

Previously, the granite has been termed an elvan, a sandstone and a freestone due to its fine-grained nature; it differes substantially in texture from a “typical” Land’s End Granite, such as the one quarried at Lamorna Cove.

Why is this here?
The Land’s End Granite is part of the large mass of granite that lies underneath southwest England, termed the Cornubian Batholith. At Castle-an-Dinas, the granite formed in the Early Permian and is approximately 276 million years old. All of the granites in southwest England formed at the end of the Variscan Orogeny, a mountain building event. During mountain building events, heat and pressure results in melting of the crust. As the earth’s crust was stretching apart at the end of the Variscan Orogeny, these melts were emplaced through fault systems over millions of years. The Land’s End Granite is comprised of several distinct pulses of granitic melt, of which the Castle-an-Dinas quarry is one.
Quarrying
Quarrying at Castle-an-Dinas commenced in the late 19th Century, but is now owned by Cornwall County Council and operated by CORMAC. The overburden (loose, unconsolidated material) is removed, then the solid granite blasted, crushed and screened. A variety of sizes of crushed granite are produced, from 6-32 mm, alongside walling and building stone. The pinkish-coloured granite from the top of the quarry is typically used for building stone and walling material, and has been used on many new housing developments throughout Cornwall. At the site, there is an asphalt plant, where hot bitumen is mixed with crushed aggregate to form tarmac. The site has hot storage facilitates which enables tarmac to be directly transferred to lorries and go directly to construction sites.
Hill fort
The prehistoric hill fort is comprised of three rings, although the third wall is not visible at the site. Very little of the site, including the ditch, is now visible, and is largely overgrown. There is an Ordnance Survey Trig Point in the middle of the fort. The little castle on the south-eastern edge of the site is a little folly named Roger’s Tower. This was built in the late 1700s by an influential local family (the Rogers) and used during the Second World War by the Home Guard as a lookout. The folly was restored in the early 2000s BY English Heritage after being neglected for much of the 20th Century. 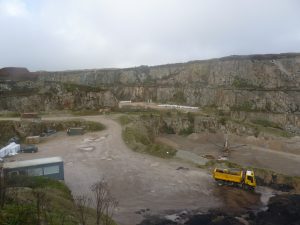 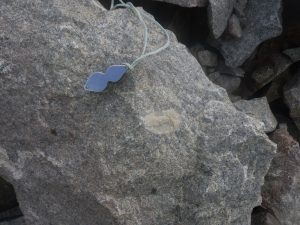 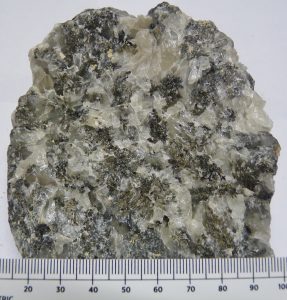 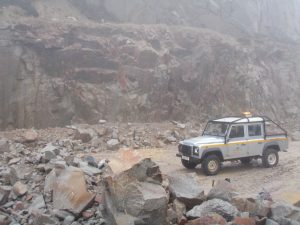 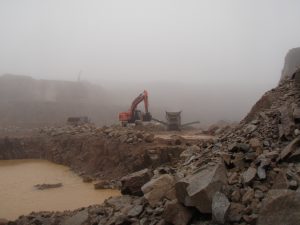 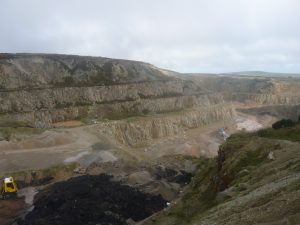