The Cheesewring is a distinctive granite tor (rock outcrop) on the southeastern edge of Bodmin Moor, named because of the resemblance of the outcrop to a “cheesewring” – a press used to make cheese. There is a large quarry, which was used to quarry stone for landmarks in London.
Rocks & Minerals
The entirety of Bodmin Moor is comprised of Permian-aged two mica granite. At the Cheesewring, the granite is grey and medium- to coarse-grained with quartz, plagioclase feldspar, biotite, muscovite and white alkali feldspar phenocrysts up to 25 mm. Due to the presence of both biotite and muscovite micas, the granite is therefore termed a “two mica granite”. Accessory minerals in the granite include andalusite, tourmaline, topaz, ilmenite and rutile; these are typically best observed using a microscope. 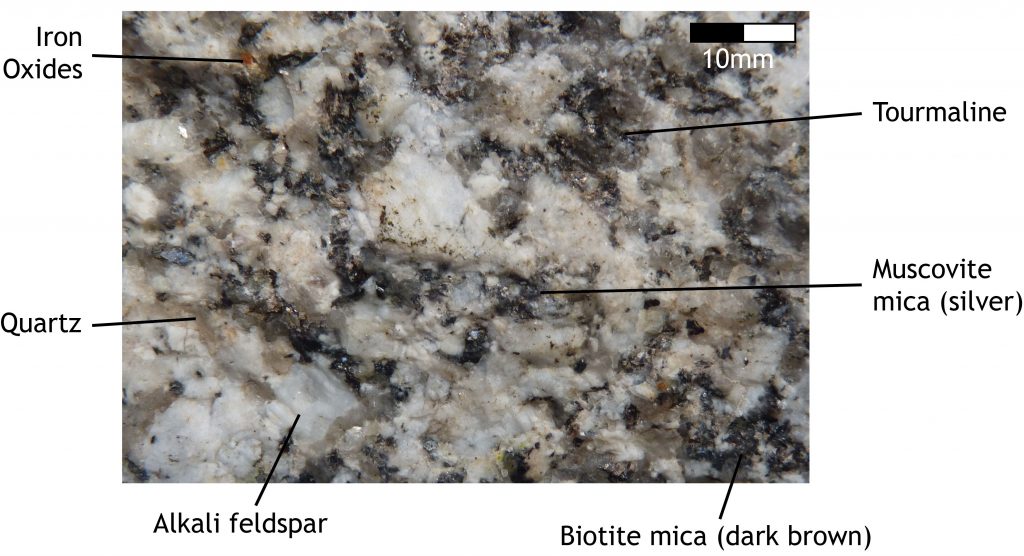 Why is this here?
The Bodmin Moor Granite is part of the large mass of granite that lies underneath southwest England termed the Cornubian Batholith. The Cheesewring granite formed in the Early Permian and is approximately 290 million years old. All of the granites in southwest England formed at the end of the Variscan Orogeny, a mountain building event. During mountain building events, heat and pressure results in melting of the crust. As the earth’s crust was stretching apart at the end of the Variscan Orogeny, these melts were emplaced through fault systems over millions of years.
Quarrying & Heritage
The Cheesewring Quarry opened in 1845 and produced stone for the Liskeard and Caradon Railway. Granite from the quarry was used for Tower Bridge, London. More information about the history of the quarry can be found in the visitor’s centre next to the carpark.

Nearby to the quarry, a group of three late Neolithic / early Bronze Age granite standing stone circles, known as The Hurlers can be found. Legend has it that a group of men who were playing Cornish hurling were transformed into the standing stones as a punishment for playing on a Sunday. The Hurlers are an ancient monument and as such, protected. 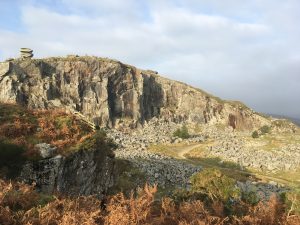 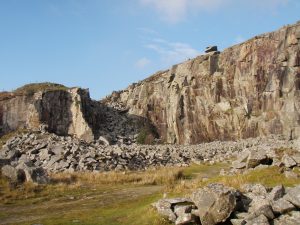 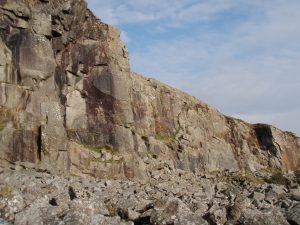 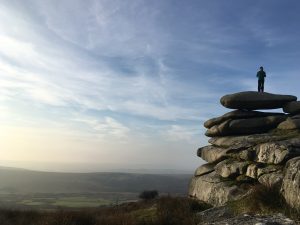 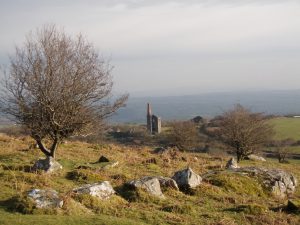 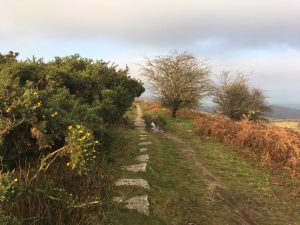 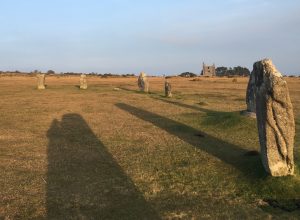