Information here is provided for reference only. This site is open access, as it is part of the Dartmoor National Park. There is a nice, relatively easy circular walk from Princetown. Always take safety precautions when visiting sites.

The Foggintor and nearby Sweltor quarries were worked throughout the 19th Century and provided crushed and dressed granite, transported by railway to Plymouth. Biotite granite of the Cornubian Batholith was the primary product, and was used on several key landmarks in London.
Rocks & Minerals
The entirety of Dartmoor is comprised of Permian-aged biotite mica and tourmaline granite. At the Foggintor and Sweltor quarries, the granite is grey and coarse-grained with quartz, plagioclase feldspar, biotite and abundant white alkali feldspar phenocrysts over 25 mm. Due to the presence of both biotite and limited muscovite and accessory tourmaline, the granite is therefore termed a “biotite granite”. Accessory minerals in the granite include cordierite, tourmaline, ilmenite and rutile; these are typically best observed using a microscope.

If you look in the waste tips at Foggintor, there are other granite types. These granites are likely to have been transported to the quarry for processing, in common with lots of the larger granite quarries across the southwest. You can see tourmaline granites, which contain abundant tourmaline, are white to grey and medium-grained with few alkali feldspar phenocrysts. There are also fine-grained biotite granites, which may occur as little sheets within the coarse-grained biotite granite. These sheets are well exposed at Haytor, so save looking for them here.

How is this here?
The Dartmoor Granite is part of the large mass of granite that lies underneath southwest England termed the Cornubian Batholith. The Foggintor granite formed in the Early Permian and is approximately 280 million years old. All of the granites in southwest England formed at the end of the Variscan Orogeny, a mountain building event. During mountain building events, heat and pressure results in melting of the crust. As the earth’s crust was stretching apart at the end of the Variscan Orogeny, these melts were emplaced through fault systems over millions of years. The biotite granites in southwest England, like the ones at Foggintor, likely formed from higher temperature melting than the granites found at places like Bodmin Moor.
Quarrying & Heritage
The Foggintor Quarry opened in around 1800, and initially, the quarry stone was used in the construction of HM Dartmoor Prison and the village of Princetown around the prison. A new railway, a horse-worked line called the Plymouth and Dartmoor Railway, opened in 1823, supporting the transport of stone from Foggintor and Sweltor to the docks at Plymouth.

By the 1840s, there were a number of homes arounds the quarry for managers and workers, with the quarry providing both crushed and dressed stone. Although the owners, Johnson & Brice, did not win the contract for construction of the new London Bridge in 1823, stone from the “Royal Oak siding” in Foggintor Quarry was used on Nelson’s Column in the 1840s. The corbels (structural piece of stone) found at Sweltor are reportedly uncollected stones for the un-won contract for London Bridge.

Foggintor Quarry eventually closed in 1906 and Sweltor in 1938, after demand for products fell. The railway ceased operation in 1956 and stone worked at nearby Merrivale transported by road. Today, the relatively easy walk to the quarries from Princetown follows the track of the old railway. Old railway bridges rand sleepers remain along the track.

Under the microscope
Cross polarised microscope image showing an alkali feldspar phenocryst (Kfs) – the grey and black are the “twins” within the feldspar. The phenocrysts is undergoing alteration by secondary muscovite mica (Msc). Quartz (Qtz) also shown. 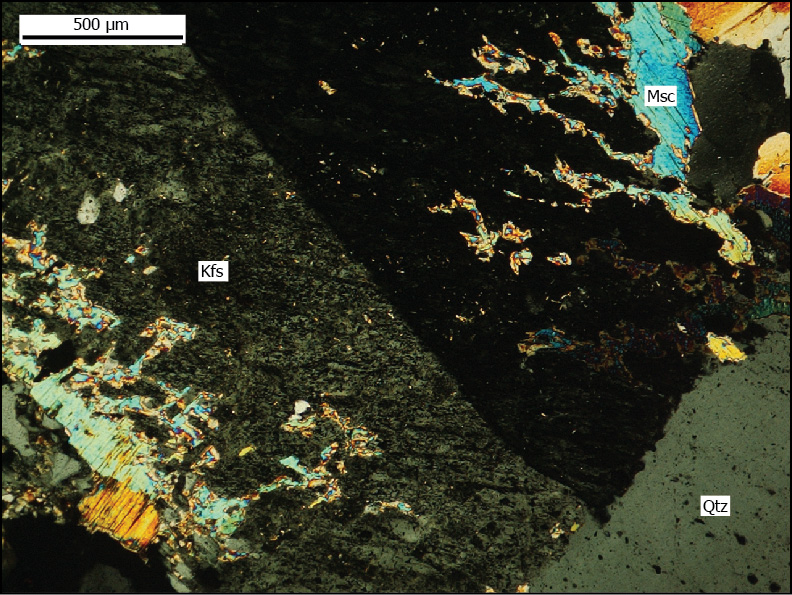 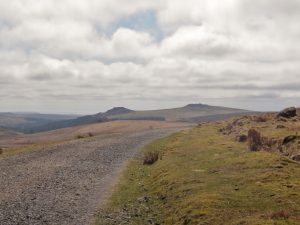 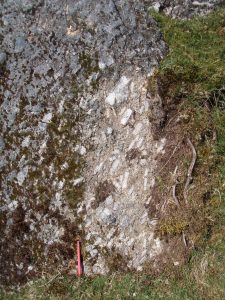 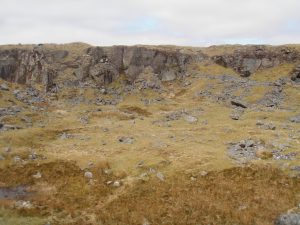 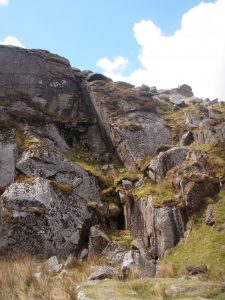 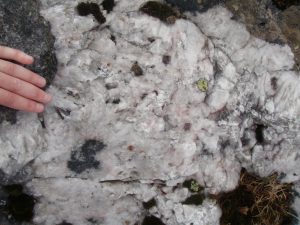 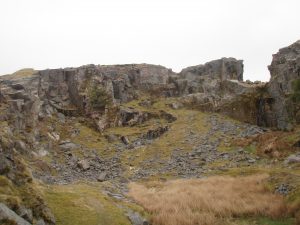 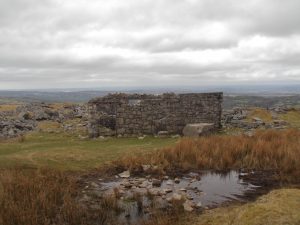 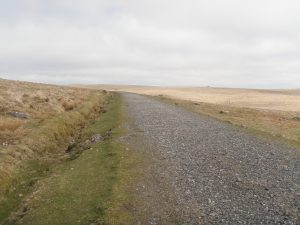 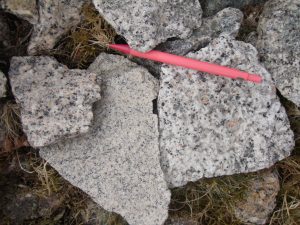 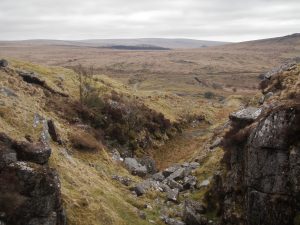