Pentreath Beach is a beach on the western side of the Lizard Peninsula where hornblende schists of the Old Lizard Head Series crop out. There is extensive calcite veining and serpentinite, with the beach part of the Lizard Ophiolite, an ancient fragment of sea floor, thrust to the surface during tectonic plate collision.
Rocks & Minerals
Pentreath Beach has the contact between the hornblende schists of the Old Lizard Head Series and the tremolite serpentinite, famous from Kynance Cove. The hornblende schists are dark grey to black and are comprised of hornblende, feldspar, and more rarely quartz. The hornblende is noticeable due to its diagnostic cleavage, which intersects at approximately 120 degrees.

The serpentinite is distinctly red and is the rock type many people visit the Lizard to see. At Pentreath, green serpentinite can also be seen, particularly along joint surfaces. Within the serpentinite, white calcite stockwork veins percolate throughout the outcrops.

Why is this here?
The hornblende schists of the Old Lizard Head Series are Lower Devonian and represent metamorphosed basalts that were once on the sea floor. Serpentinite forms through the process of serpentinization, whereby the mineral olivine, present in the mantle rock peridotite, reacts with water (usually sea water) to form the minerals serpentine and brucite, both of which have water in their crystal structures. The calcite veins are present due to CO2-rich fluids migrating through fractures.

The Lizard as an entirety represents a fragment of dominantly oceanic, with some continental, crust that have been thrust (or obducted) over younger sedimentary rocks. This obduction likely occurred by the Upper Devonian, with the closure of an ancient ocean.

Landslides
In the cliff section above the beach, there is a large complex translational failure. These occur when rocks are highly weathered / altered or have numerous fractures within them. Increased abundances of minerals such as chlorite, calcite and serpentine decrease the strength of rocks, contributing to increased rates of landslides (Shail et al 1998). Along the top of the cliff section, next to the coast path, tension cracks, that run parallel to the cliff edge, can be seen. The cliffs are eroding by approximately 0.2m a year (Cornwall Council), with removal of sand from the beach and waves contributing to cliff failure.
Geological map of the Lizard 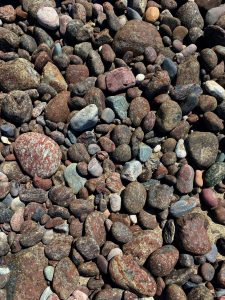 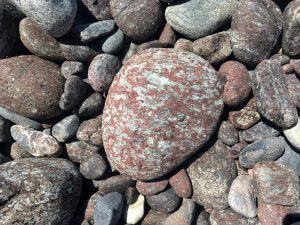 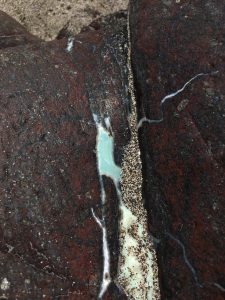 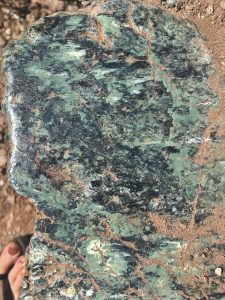 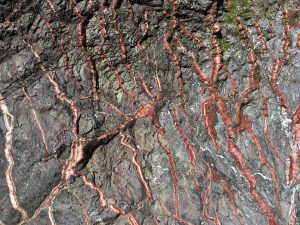 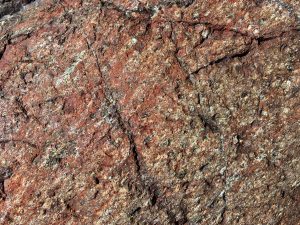 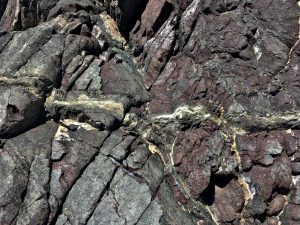 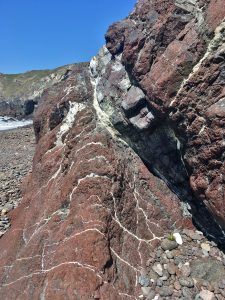 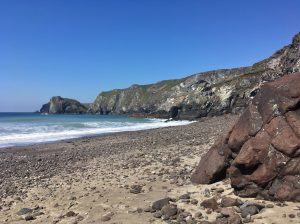 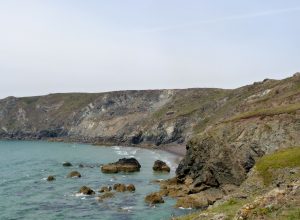