Site easily accessible – nearby National Trust car park and lies on the Southwest Coast Path. If visiting, note tides as you will be cut off to the south on an incoming tide. Coastal sections can be very slippery. Best visited on the low tide to see all features.

A place of many names, Priest / Priests / Priest’s Cove (Porth Ust in Cornish) is a small cove that lies south of the Cape Cornwall Headland and Porth Ledden, which is also worth a visit. It is known for tourmaline pegmatites and pods within the granite, and you can also walk along the contact between the Land’s End Granite and Mylor Slate Formation.
Granite

The cove exposes part of the Land’s End Granite and is comprised of Permian-aged fine- to coarse-grained porphyritic lithium-mica tourmaline granite and globular quartz tourmaline granite. The coarse-grained lithium-mica granite contains alkali feldspar phenocrysts, which are sporadic in the other granite types. Across the cove, the granite varies from a greyish colour to pink or orange towards the north at the contact with the Mylor Slate Formation. The contacts between the individual granite types are often lobate, but sharp, so you can clearly distinguish different granite types. There are also enclaves of fine-grained granite within coarse-grained granite, as seen across the batholith.

Minerals within the granite include quartz, plagioclase feldspar (albite), tourmaline (schorl) and alkali feldspar. Biotite micas are typically lithium siderophyllite in composition. There are alkali feldspar phenocrysts, typically over 25 mm, of variable abundance. Accessory minerals in the granite include rutile, zircon and apatite; these are typically best observed using a microscope. A number of barren quartz-tourmaline veins crosscut the granite, as is common throughout the Cornubian granites.

Zones of pegmatite occur as “pods” up to 1.5 m across and in sheets layered with aplite in the granite and crosscutting the Mylor Slates. The pods have a chaotic structure in places, and typically consist of alkali feldspar, quartz, tourmaline and minor mica. Some pods, or miarolitic cavities, are composed almost entirely of tourmaline, which forms long black needles with chaotic orientations. Very fine-grained aplite is often found in association with pegmatite sheets; this rock consists of find-grained quartz, feldspar and lithium mica.

Where the pegmatite structure is more ordered, unidirectional solidification textures (UST) form along the margins. Elongate alkali feldspars point inwards towards the centre of the pegmatite. These textures are typically found within sheets rather than the pods and can be seen in the sheet that crosscuts the foreshore at the entrance to the cove. Aplite forms the central portion of the sheet.

The Mylor Slate Formation consists of Devonian-aged interbedded mudstones and sandstones. The contact between the granite and the Mylor Slates is mostly below low water, orientated NW-SE. The slates are variably hornfelsed along the contact zone, with formation of cordierite “spots” (porphyroblasts) and andalusite needles. Within the slates, particularly around the Cape Cornwall Headland, folds can be seen. The slates are crosscut by a number of granite sheets.

A range of different mineralisation styles crosscut both the slates and the granite. Greisen-bordered veins with mica-edges and quartz centres and narrow (up to 0.1m) quartz-tourmaline vein sets trend W-E to NW-SE. These veins are steeply dipping and the latter often have narrow haematite alteration haloes. The fault plane that delineates the contact between the Mylor Slate Formation and granite is mineralised. A large quartz-tourmaline-haematite-cassiterite lode, called Saveall’s Lode extends up to 0.5 m across. The lode has distinctive haematised (red) borders and contains clear banded structures.

Why is this here?

The Mylor Slate Formation comprises ancient sediments deposited in deep-water (hemipelagites) along with sediments from an ocean slope. The slates record multiple episodes of deformation, including continental collision and subsequent extension. These events dominantly occurring during the Variscan Orogeny.

The Land’s End Granite is part of the large mass of granite that lies underneath southwest England, termed the Cornubian Batholith. At Priests Cove the granite formed in the Early Permian and is approximately 278 million years old. All of the granites in southwest England formed at the end of the Variscan Orogeny, a mountain building event. During mountain building events, heat and pressure results in melting of the crust. As the earth’s crust was stretching apart at the end of the Variscan Orogeny, these melts were emplaced through fault systems over millions of years. The Land’s End Granite is comprised of several distinct pulses of granitic melt, which can be seen at Priests Cove.

Numerous faults, which crosscut both Priests Cove and Porth Ledden to the north, are orientated NW-SE. These faults acted as the conduits for granitic melt emplacement and were later mineralised. The mineralisation is related to different phases of fluids emanating from the cooling granites and gradual mixing between these fluids and others derived from pore and surface waters led to deposition of variable mineral assemblages through time. 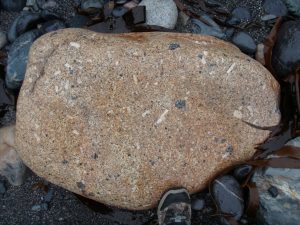 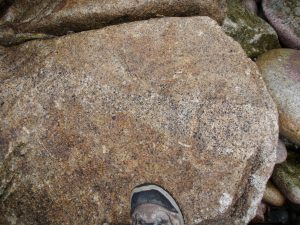 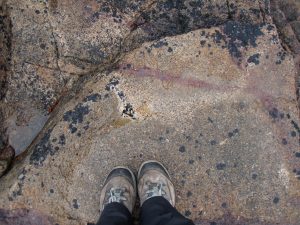 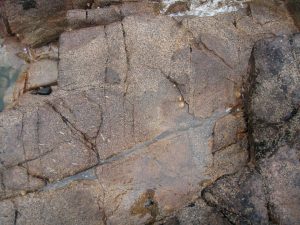 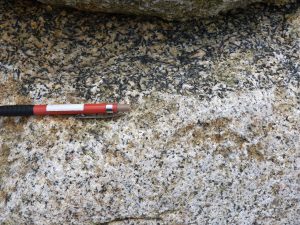 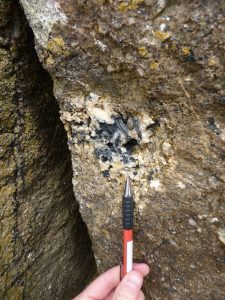 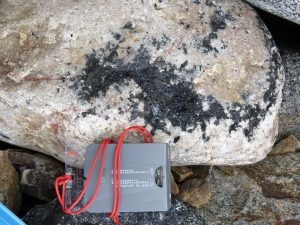 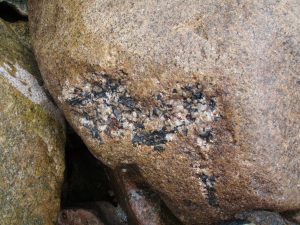 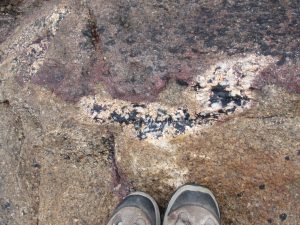 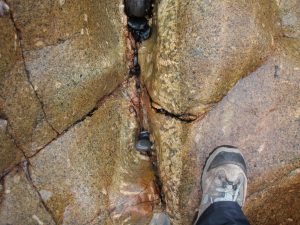 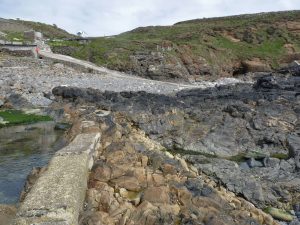 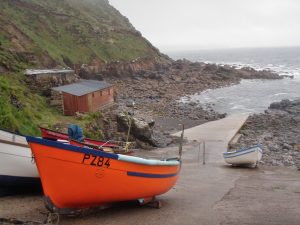