Site is owned by the National Trust who maintain a trail you can follow around the estate. The quarry is inaccessible to visitors, but the lamprophyre has been used to build parts of the estate and the church, so take a good look! .

Most people visit Killerton for the 18th-century manor house. However, for a geologist, it’s much more exciting and there is a lamprophyre on the manor house grounds. Lamprophyres are unusual rocks, formed in the Earth’s mantle, and there is ongoing debate how and why they form.
Field Relations

A Permian-aged mantle rock known as a lamprophyre is exposed in a quarry on the Killerton estate grounds. Whilst the quarry is off limits without permission, the quarry was used to construct parts of the estate, including the church, which you can take a close look at. In the quarry, the lamprophyre is approximately 20 m high, and extends laterally beyond the current exposure.

The lamprophyre is purple-grey in colour, with gold-coloured shiny phlogopite micas. The micas are often the only larger mineral visible. Unlike minette lamprophyres in the west, such as Mawnan, the Killerton lamprophyre does not form a dyke, but is a lava flow, erupted onto Permian sedimentary “Red Beds”. The Red Beds comprise sandstones, siltstones and shales – they are well exposed along the south Devon coast.

The Killeraton lamprophyre is a minette lamprophyre, meaning it has more alkali feldspar than plagioclase. Golden coloured phlogopite micas, rounded xenocrysts of quartz and iddingsite phenocrysts (orange replacement mineral after olivine) are set in a fine-grained groundmass of alkali feldspar, plagioclase feldspar, apatite and iron oxides. Much of the original mineralogy is obscured by later alteration by calcite-bearing fluids, resulting in the replacement of primary minerals by dolomite; this is common to lamprophyres across the southwest.

Why is this here?
Lamprophyres are unusual rocks, derived from deep in the earth; they have similarities with kimberlites. They are unusual, for their ultra-potassic nature (i.e. they have a lot of potassium in their chemistry) and occurrence as small volume dykes in a variety of different tectonic settings. They are very difficult to classify, due to the variability of their mineralogy and geochemistry. 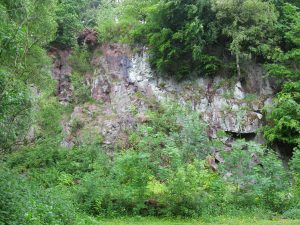 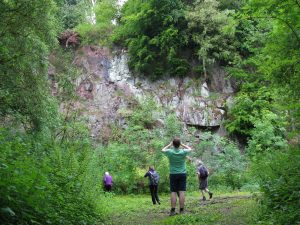 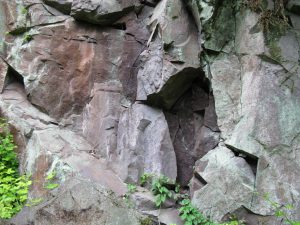 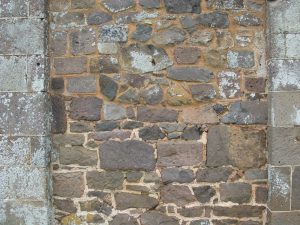 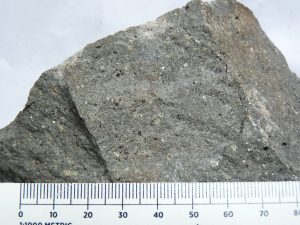 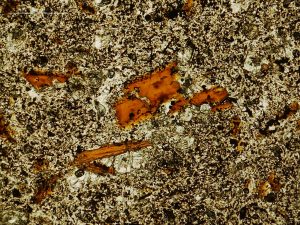 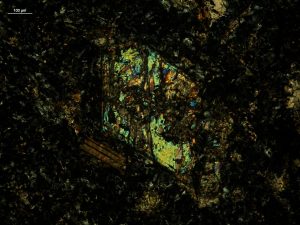 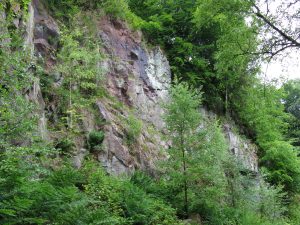