Site provided for information only. This site is not accessible to the general public and no attempt should be made to do so.

Wheal Remfy lies within the St Austell Granite and is actively worked for china clay (kaolin). At one end of the pit there is a spectacular breccia at the roof zone of the granite, on contact with the killas.

Granite
Wheal Remfry Pit exposes one part of the St Austell Granite and is comprised of Permian-aged porphyritic biotite and tourmaline granite. Here, the granite is whitish grey, and coarse-grained with quartz, plagioclase feldspar, biotite micas, tourmaline and white alkali feldspar phenocrysts typically over 25 mm. In many places, fluids have resulted in the formation of lithium-bearing micas and replacement of alkali feldspars with tourmaline. Accessory minerals in the granite include niobium-bearing rutile, fluorite, secondary muscovite and apatite; these are typically best observed using a microscope.
Breccia
A large tourmaline breccia pipe, approximately 400 m across and up to 100 m high is exposed in the pit, aligned in a north-south direction. The breccia consists of granite and killas clasts in a tourmaline-dominated matrix. The granite clasts vary in shape, from angular to rounded, and have a wide size variation. Clasts are also variably sorted. Towards the killas contact, more killas than granite clasts are incorporated into the breccia, often showing partial alteration by tourmaline-rich fluids. In some locations the granite clasts are up to 2 m in diameter, but the majority are less than 0.5 m.

The breccia is rich in tin, but contains little cassiterite (tin oxide) that is found across southwest England. Much of the tin is contained within the mineral rutile (TiO2); a number of different elements including niobium, tin and tantalum can “fit” into the rutile structure. Studies of both rutile and tourmaline chemistry within the breccia show variable chemistry and zoning, particularly of iron, tungsten and tin.

Why is this here?
The St Austell Granite is part of the large mass of granite that lies underneath southwest England termed the Cornubian Batholith. The granite formed in the Early Permian and is approximately 275 million years old. The Wheal Remfry Breccia is 270 million years old. All of the granites in southwest England formed at the end of the Variscan Orogeny, a mountain building event. During mountain building events, heat and pressure results in melting of the crust. As the earth’s crust was stretching apart at the end of the Variscan Orogeny, these melts were emplaced through fault systems over millions of years.

Tourmaline breccias are often found in tin-rich granites. The Wheal Remfry breccia formed during extreme energy release as boron-rich fluids left after granite formation underwent decompression. This process occurred whilst granite melt was still cooling, producing the lobate granite clasts, whilst also shattering the host rock and previously cooled granites, forming the angular clasts. Boron-rich fluids formed the tourmaline and quartz matrix; the tourmaline is dominantly schorl in composition, common with the tourmaline in the granites of southwest England.

The zoning within the rutile and tourmaline in the breccia is interpreted as changing fluid conditions during formation. This is likely due to waters with a different composition from the killas (formation water) mixing with magmatic fluids. Fluid inclusions indicate temperatures of formation of 230-400°C.

China Clay
China clay formation, termed kaolinisation, occurs when the mineral feldspar within the granite is broken down to form clay minerals, predominantly kaolinite. There has been debate over the origin of the china clay, particularly around whether it is a weathering process or due to hydrothermal fluids. The most recent studies indicate that the kaolinisation is due to low-temperature (50-100°C) hydrothermal fluids migrating through pre-existing fractures in the granite during the Late Jurassic to Early Cretaceous (146 million years ago).
Geological Map 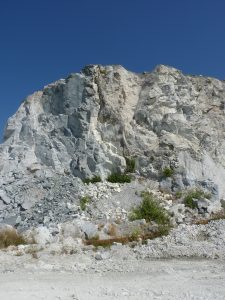 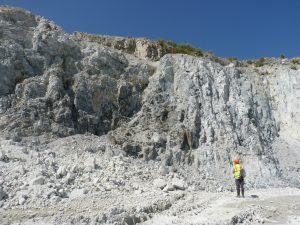 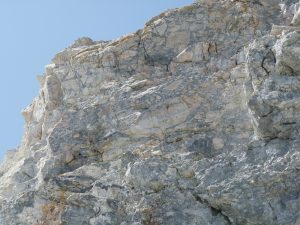 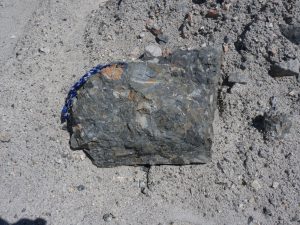 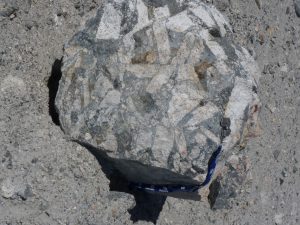 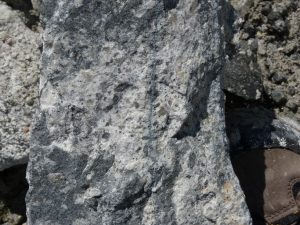 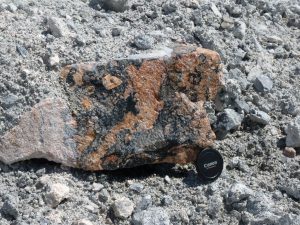 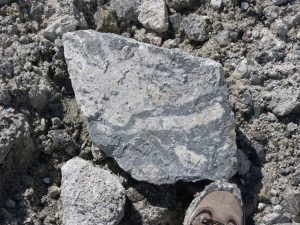 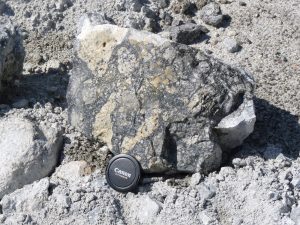 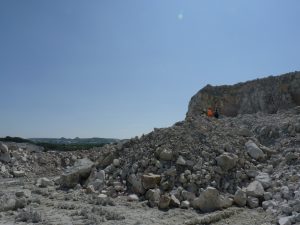